Take a look at the following three scenarios, and see if you can spot what the pets have in common:

Leila the happy-go-lucky Labrador’s nose excelled in sniffing out treats—and trouble. Typically, her owner blocked Leila’s access to the kitchen when she left home, because the naughty pup was notorious for counter-surfing. However, one day she forgot, and Leila took full advantage of the opportunity to gobble down her owner’s famous sugar-free fudge.

Chester the sly Chihuahua slipped into the guest bedroom one day to see what tasty items his owner’s friend had left unguarded. Digging through the lady’s purse, he uncovered a minty-smelling pack of small, white squares. Hearing footsteps coming down the hallway, he quickly gulped down a few.

Bizzy the border collie puppy was a whirlwind of destruction, unless she was given a long-lasting treat. To help her settle in and be entertained in her crate, her owner gave her a peanut butter-stuffed Kong. Little did they realize, the peanut butter was a sugar-free version.

These three pets had the misfortune of ingesting xylitol, a common sugar substitute that is found in many foods, in addition to a wide range of other items. Despite its rising popularity with people, xylitol is toxic to dogs. Learn more about this increasingly common ingredient, to help keep your furry pal safe from harm.

Xylitol is a sugar alcohol that occurs naturally in certain plants, fruits, and vegetables, as well as the human body. Used as a sugar substitute, xylitol has 40% fewer calories, yet tastes equally sweet. Because of its low glycemic index, xylitol’s popularity has increased dramatically since the rise of the keto diet.

As a sugar substitute, xylitol is commonly found in many foods and edible items, including:

Xylitol is also used as a sugar substitute in medicinal products, so you can find the substance in a variety of health care products, such as:

If you purchase a sugar-free snack or a liquid medication, the item likely has been sweetened with xylitol. Read the label carefully to check for this dangerous ingredient, so you are forewarned to keep the item out of your pet’s reach.

What are xylitol toxicity signs in dogs?

When a dog ingests xylitol, the ingredient stimulates the pancreas to release insulin, which is the hormone responsible for transporting glucose from the bloodstream for use in the cells. When the cells take too much sugar from the blood because of high insulin levels, the dog’s blood sugar can drop dangerously low (i.e., hypoglycemia). In addition to severe hypoglycemia, xylitol ingestion can cause liver damage in dogs.

Depending on the product ingested, xylitol toxicity signs can appear 10 to 15 minutes after a dog eats xylitol. If the ingested product is slow-release, such as a medication, signs can be delayed by several hours, because the xylitol is bound to another ingredient.

If your dog develops hypoglycemia from eating xylitol, they may display:

In severe cases, a dog can develop liver failure in a few hours or days, but they do not always show hypoglycemia signs first. Instead, watch for the following clues that indicate liver damage:

How is xylitol toxicity diagnosed in dogs?

In general, xylitol toxicity is easy to diagnose because of the obvious history that your pet ingested the substance. With the rapid onset of hypoglycemia signs, paired with the history, our Towne Centre Animal Hospital team can jump into action and treat your dog.

Despite the relatively easy diagnosis process, we will still likely recommend blood work to assess the extent of the damage. In addition, your dog may need follow-up testing a few days later, to monitor their liver health and to watch for signs of liver damage.

How is xylitol toxicity treated in dogs? 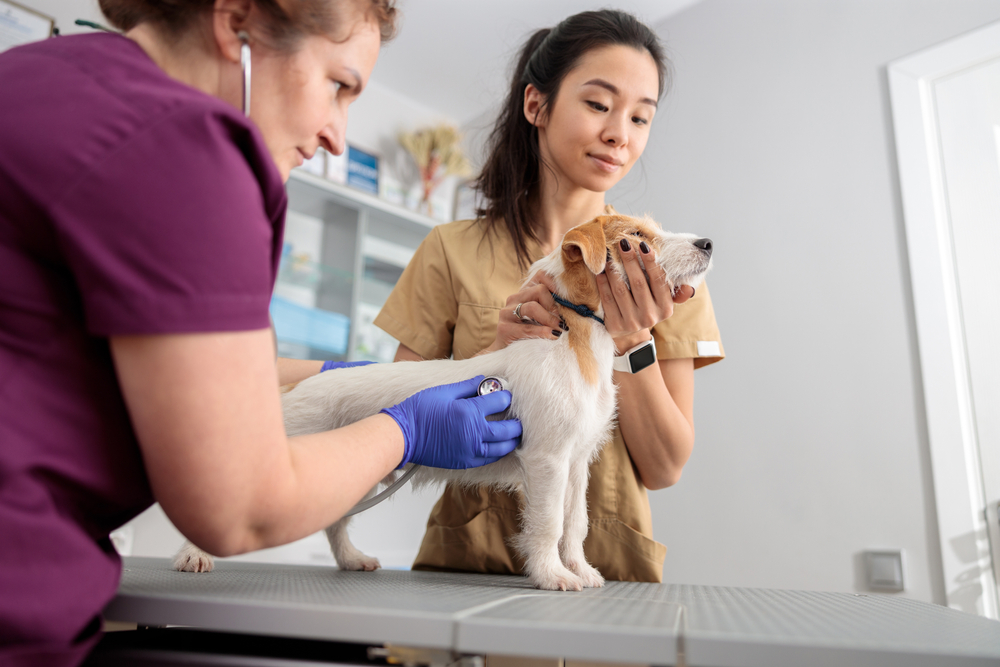 If you know your dog has eaten xylitol and is not showing clinical toxicity signs after 30 minutes, vomiting can be induced to limit further toxin absorption. However, if your pet is already showing hypoglycemia or liver damage signs, or appears weak, vomiting is not recommended.

Pets who have ingested xylitol will also need hospitalization for intravenous fluid therapy, antiemetic medications, intravenous sugar administration to correct hypoglycemia, and medications to help support liver function. Blood work will be repeated throughout the hospitalization period, to ensure their blood sugar reaches a normal level, and to monitor liver health.

If xylitol toxicity is identified and treated quickly, a dog who develops only hypoglycemia should fully recover. However, if liver damage sets in, the outcome is less favorable.

If you suspect your canine companion has ingested a xylitol-containing product, urgent treatment is essential for the best outcome. Contact our Towne Centre Animal Hospital team immediately for help.