The Heartbreak of Heartworm Disease

Heartworms are parasites that live in the heart and lungs of dogs and cats. Dogs are a natural host for the worms—cats are not, although some cats will become infected. Untreated, the worms’ presence leads to heart failure and lung disease. Read on to learn how heartworm infection occurs, how heartworm disease is prevented, how treatment can cure infected dogs, and, lastly, how heartworms affect cats.

We usually think of a pet’s worms being passed in their stool, and diagnosed with a fecal test, but heartworms live in the bloodstream. Pets become infected with heartworms when an infected mosquito bites, and deposits the heartworm larvae on the pet’s skin. The microscopic larvae then move inside the pet through the bite wound, taking several months to migrate to the heart and pulmonary arteries, where they can grow to more than a foot long. The worms cause inflammation and irritation of the heart and lungs, resulting in decreased exercise tolerance, cough, weight loss, and ultimately heart failure. Since heartworms must pass through the mosquito as part of their life cycle, dogs are not directly contagious. But, dogs who live together are exposed to the same mosquitoes, and will often all test heartworm-positive.

The heartworm antigen test detects the presence of adult worms in the heart. Remember, several months must pass from when the mosquito bites to the time the antigen test can become positive—one reason that the American Heartworm Society recommends all dogs be antigen-tested yearly. The antigen test does not indicate how many worms are present.

Staging heartworm disease requires  physical exam and other tests such as blood work, X-ray, or ultrasound of the heart. The disease has three stages:

Heartworm disease treatment is a complicated process that takes many months. A treatment plan is customized for each patient based on their disease class and severity. Antibiotics (i.e., doxycycline) are prescribed to weaken the worms by killing an organism associated with the worm, as well as medication to decrease inflammation and kill the immature worms. Dogs require hospitalization and injections to kill the adult worms. During and after treatment, pets must be strictly confined and carefully monitored for complications, which can include a severe breathing crisis.

Compared with treatment, disease prevention is simple. Decreasing your pet’s heartworm infection risk includes medication that works by killing the larvae before they can develop into adult worms, and using repellent to decrease mosquito numbers. Heartworm disease prevention products come in several forms—oral,  given monthly; topical, applied monthly; or, for dogs only, injection every 6 or 12 months.

In California, we used to believe our pets had a lower heartworm disease risk, but that is no longer the case. New, invasive mosquito species are drought-resistant, while irrigation has made our state less arid. Our county vector control program is aimed at reducing the mosquito population, and you can take steps at home, such as emptying standing water weekly, keeping window screens repaired, and using mosquito repellent designed for dogs and for people. 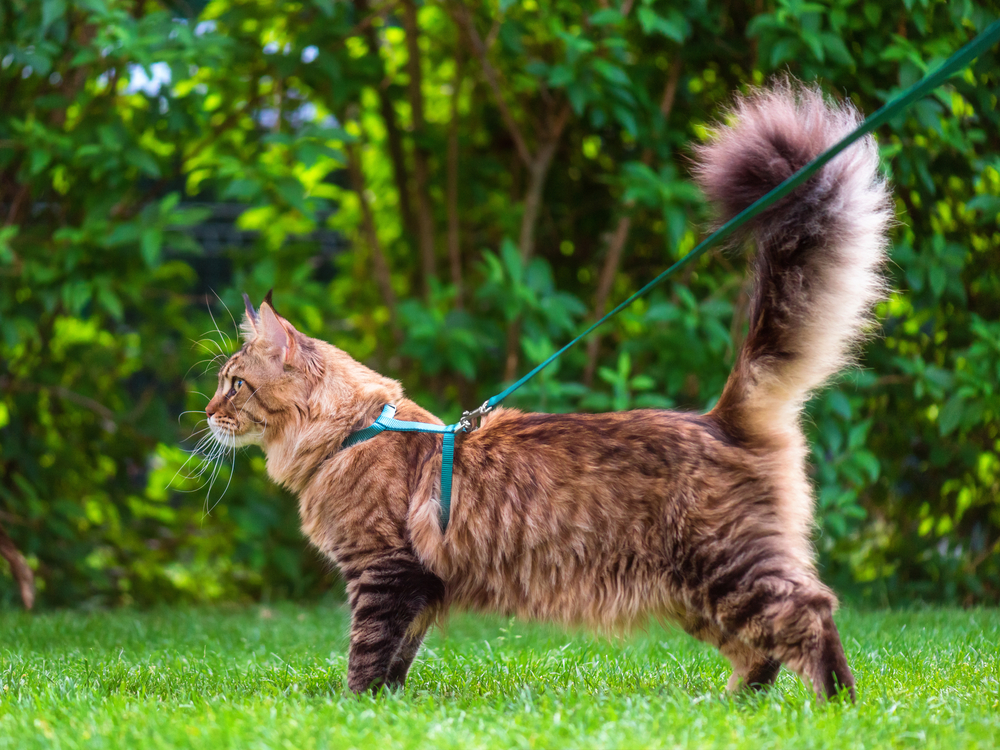 Unlike dogs, cats are not ideal hosts for heartworms, and usually harbor only one to three worms. Dogs show symptoms of heart failure, while cats usually show lung disease signs, such as breathing problems, and are at risk for sudden death. Testing cats for heartworm disease is more complicated than testing dogs, and the treatment for killing adult heartworms in cats is not generally recommended, since many cats have life-threatening complications. For these reasons, heartworm preventives in chew, tablet, and topical formulations are strongly recommended for both indoor and outdoor cats.